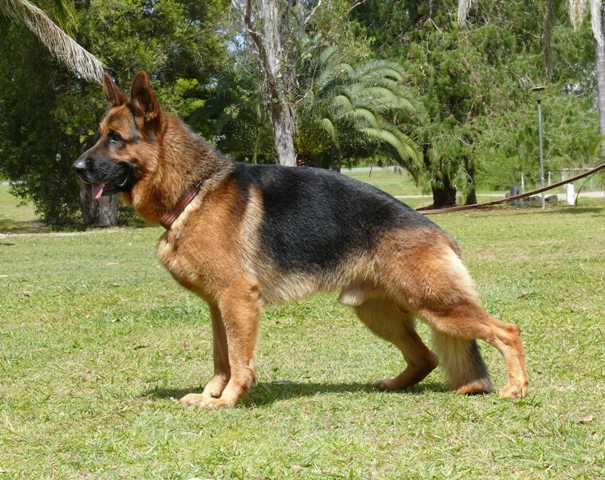 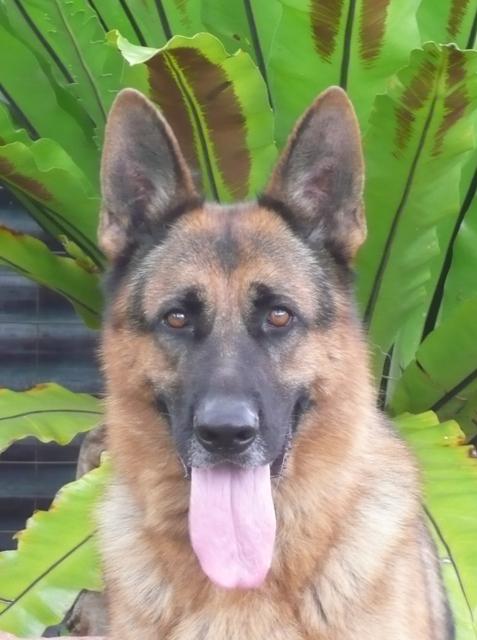 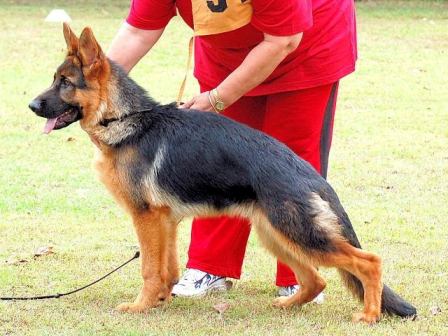 This puppy is an amazing baby and I am sure he has been here before.  It was a fight right from the start for him.  Two days after his mother was mated, sadly I lost his father.  Popeye was an unbelievable dog and would have protected me to the end.  Unfortunately his life was taken from me.  Maybe he has been reincarnated in this chap.  20 days into the pregnancy Maddie got an infection (unknown) that the vet couldn't get on top of with normal veterinary procedures and it was decided "to save the bitch" as her temperature was raging at 40.5 degrees.  Maddie was treated with a drug that could have caused her to abort the litter but luckily that didn't happen.

We waited for another 6 weeks with her going off her food on quite a few occasions and had nothing but complications bringing the litter into the world with every puppy being breach as well as large.  She actually had 6 puppies in the litter but 3 were dead.  Then the fun began, Maddie had no milk and so the litter of 3 had to be raised with tube feeding.  Maybe that is what made this litter so full of themselves as Ando is just like the other two and thinks he owns the world.

He is an absolute showman and loves to strut his stuff.  His show career is starting off with a bang winning Baby Puppy in Show under the International judge, Mr Peter Odermatt, SV, at just 3 months and 1 week. 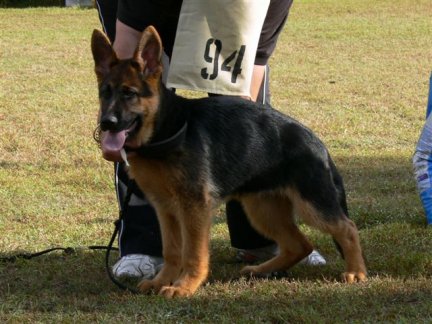 At his second major outing he received Baby Puppy Sieger at the Queensland State Breed Evaluation under Mr Louis Donald, SV, with Louis giving him a glowing critique. 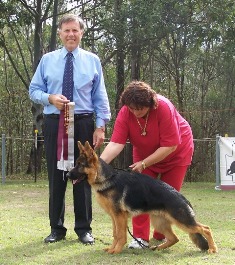 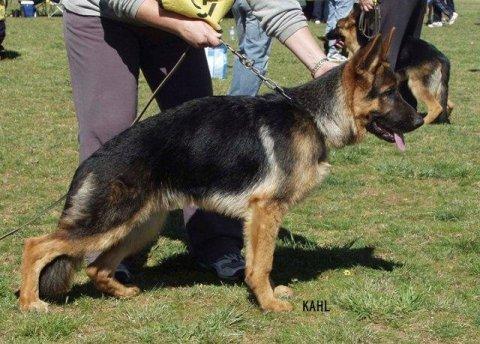 Now it is just a case of wait and see what he does from here. 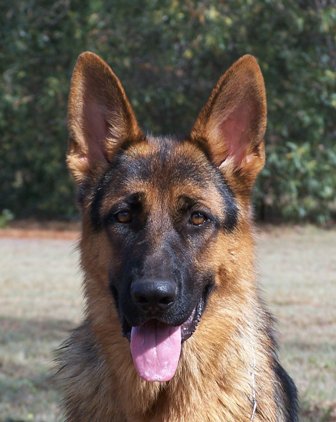 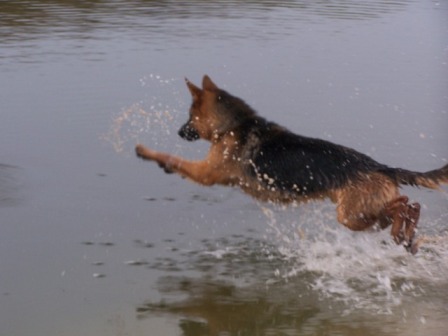 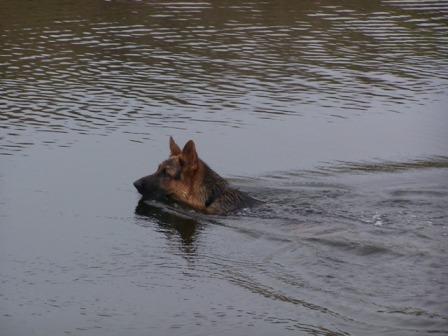 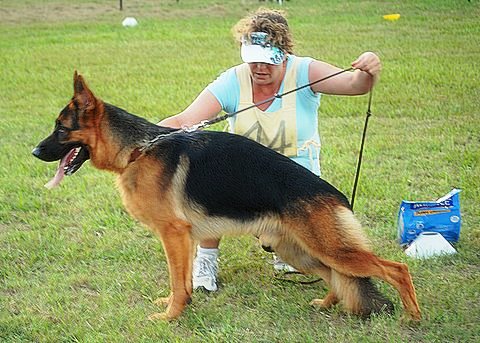 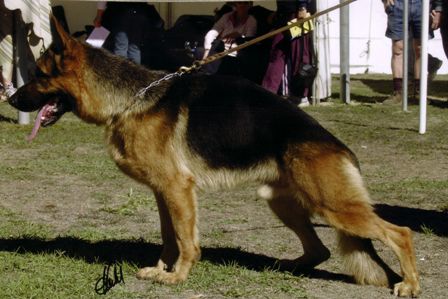 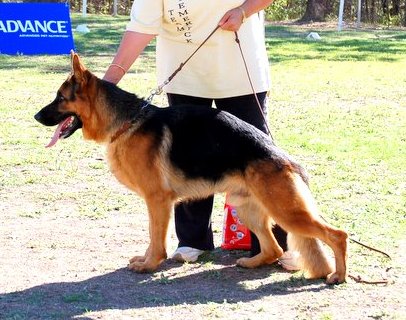 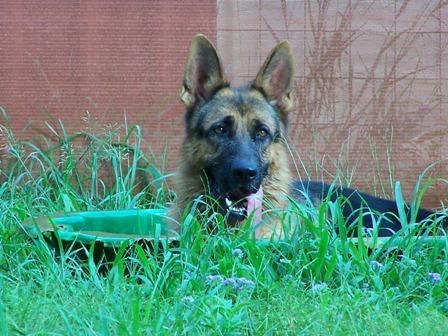 Ando hiding in the clamshell having some fun 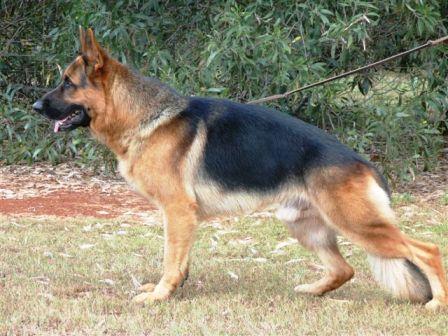